The 501st Legion and the Rebel Legion joined celebrity guests and Jedi Mickey and friends in the Legends of the Force parade at Star Wars Weekends in Hollywood Studios at Walt Disney World.

The entire parade can be viewed all along the main entrance or if you just want to see the Florida Garrison of 510st Legion and the Rebel Legion stand to the left of the main stage toward Star Tours. Featuring Stormtroopers, Clone troopers, Sandtroopers, Tie Fighter Pilots, Jedi, Jawas, Tusken Raiders, and more. 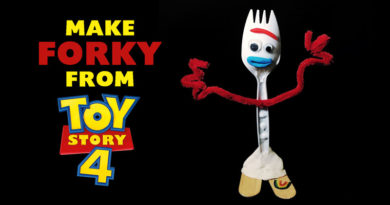 How To Make Forky From Toy Story 4 Video Tutorial