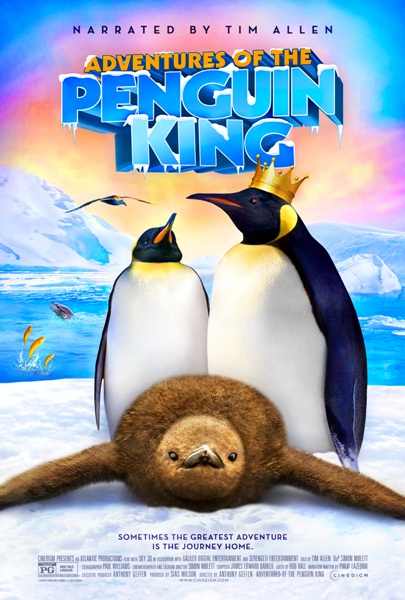 Adventures of the Penguin King is a nature documentary narrated by the familiar voice of Tim Allen from the viewpoint of one penguin’s journey through life. My children and I enjoyed watching an advanced screening of the movie.

This movie documents the life of real penguins on the sub-Antartic island of South Georgia featuring several king penguins and takes an unusual position of narrating it through the voice of just one penguin named Rex. Children will like watching Rex as he returns to Penguin City after three years away for the biggest adventure of his life.

Rex is a character many can relate to as he wonders if he fits in as he returns after three years away. His one line resonates with adults.

The underwater scenes are beautiful to watch and from my boys’ reaction they liked it as well.

Adventures of the Penguin King uniquely presents a look inside the life of a penguin and shows that animation is not required to accomplish a story with an educational film appealing to children.

Favorite lines from the movie: 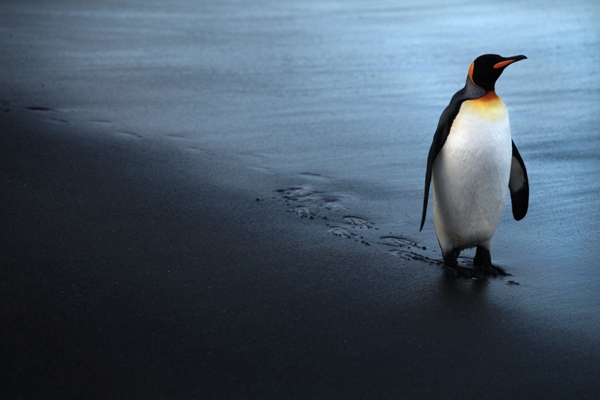 Rex, a young King Penguin, has been away from his home for three years, learning to hunt in the wild oceans, but now he’s back – in Penguin City. His mission: to find a mate, settle down and raise a chick. But can he survive the numerous predators and the harsh conditions on an isolated island at the bottom of the world?

This is the journey of a typical bachelor King Penguin from awkward adolescent to accomplished adult. It’s a family tale, of love and adventure, tragedy and triumph – all told through the charismatic and charming natural actors, the penguins of South Georgia.

Stunning cinematography takes us into Penguin City, on an extraordinary sub-Antarctic island, home to majestic albatrosses, brawling elephant seals – and six million penguins. Narrator Tim Allen (Disney Nature’s Chimpanzee, Pixar’s Toy Story) brings added warmth and humor to the tale, aided by a funny and dramatic script by Phillip LaZebnik (Pocahontas, Mulan, Prince of Egypt). Though our hero’s harsh world may be alien to our day-to-day lives, his struggle will be familiar to us all. 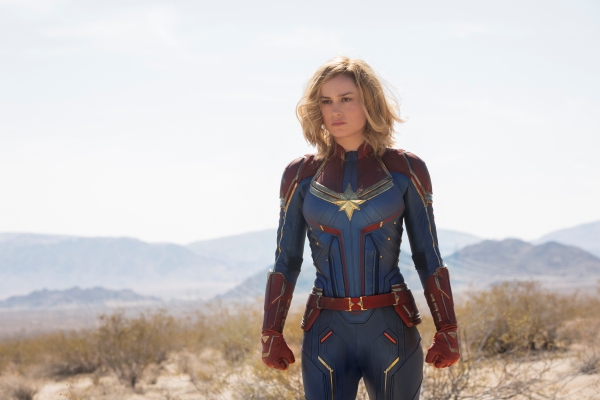