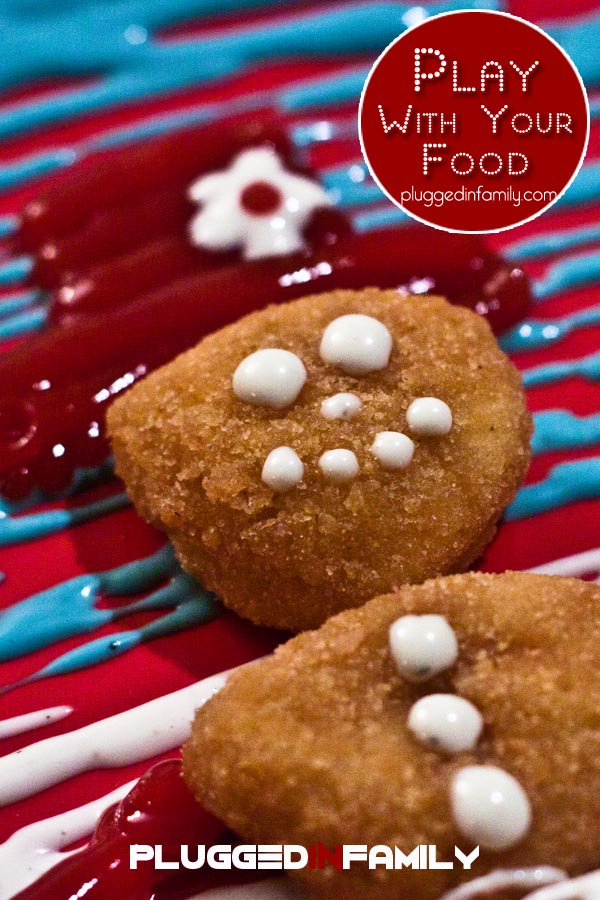 Decorating during the holidays is usually reserved for cookies and cakes, but not this year. A few chicken nuggets from Tyson can turn a standard meal into something fantastic. With a little imagination, a snowman can be created just by adding ketchup and ranch.

The major ingredients needed to have fun playing with our food is a short list. Tyson chicken nuggets, ketchup, ranch, and baking sheets make this a simple recipe. 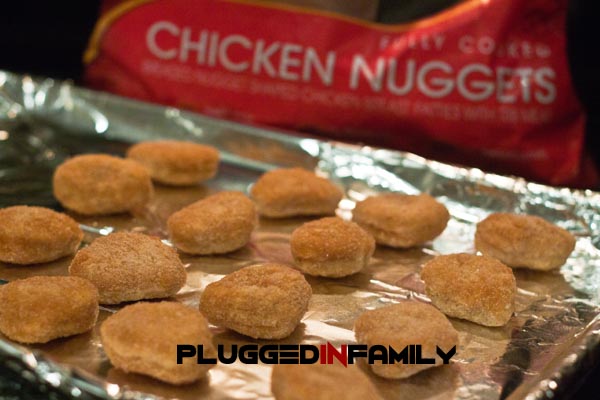 Before involving the children in the fun, bake the chicken nuggets on a baking sheet lined with foil. If you are short on time, they can also be placed in the microwave too. 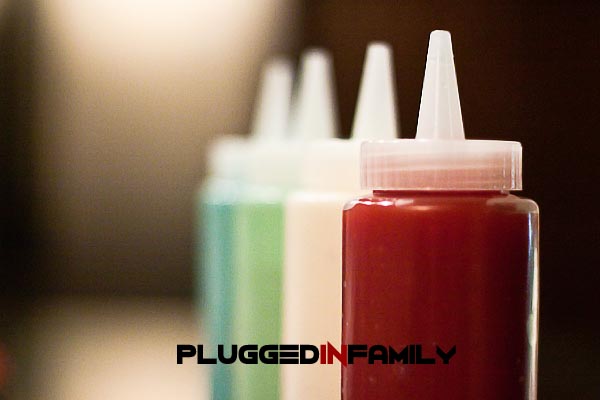 While the chicken nuggets are baking, four bottles were prepared. One is for ketchup and one is for ranch. Upon closer inspection two additional bottles can be seen. This is where the fun begins.

To have additional color choices, I used ranch dressing mixed with cake decorating colors. The blue and green were mixed in a bowl and then placed in a bottle. The boys were hesitant to embrace the different colors so they tried a little bit on their finger. It also helped that my oldest watched me mix the colors. Once they were convinced the new colors were edible, they were so ready to decorate.

The boys were very excited to have fun and play with their food. They certainly captured the fun moments, although they were slightly hesitant at first. Once they saw what I made they were eager to create their own. 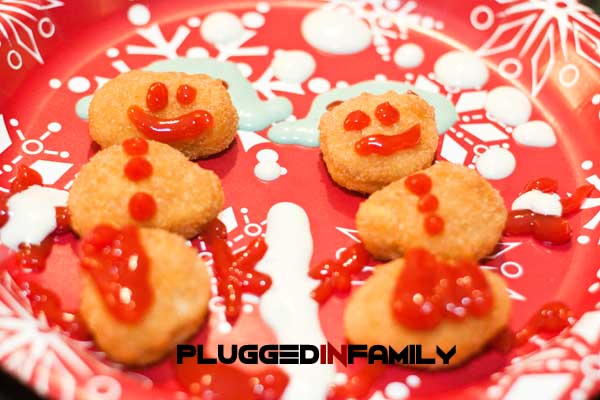 For our chicken nuggets snowman each child used three nuggets per snowman. My boys saw the snowball in the hand of my snowman and decided to create a snowball fight between two snowman. Loved their creative thought process with this! 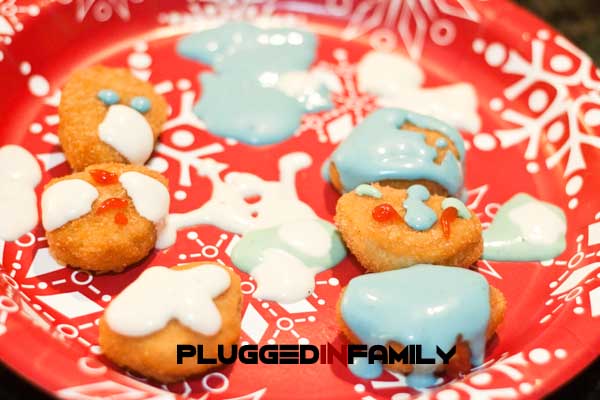 Decorating with the squeeze bottles allows little hands to place the sauces exactly where they want in order to decorate their chicken nuggets. When we were finished, the lids were placed on and the bottles were placed in the refrigerator for the next time.

Two thumbs up from my two boys! They loved the Tyson chicken nuggets and also decorating them. This was the first of many fun times ahead to play with their food.

One can only imagine all of the fun we could have with these. I suspect we will be making reindeer and cars next time we have Tyson chicken nuggets. 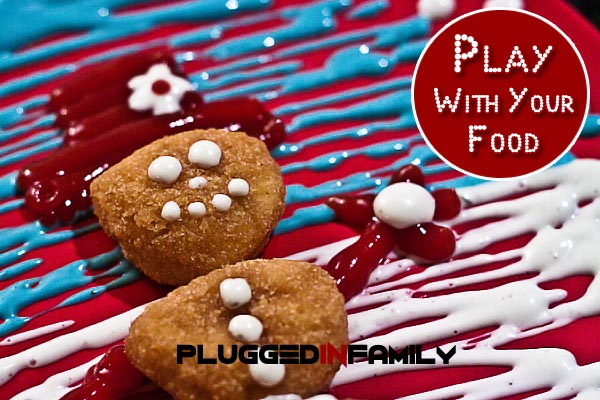 If your child is hesitant to eat or not willing to try new foods, add these fun bottles to your Tyson chicken nuggets. Giving children the freedom to actually play with their food will put smiles on their faces and yours, not to mention a happy tummy.

Connect with Tyson on Facebook and Twitter. Demos will be held on the 20th & 23rd from 10 am until 2 pm at all Sam’s Club, if you would like to try Tyson chicken nuggets.

I am a member of the Collective Bias®  Social Fabric® Community. This content has been compensated as part of a social shopper insights study for Collective Bias® and Tyson. #CBias #SocialFabric #MealsTogether. All photographs and opinions are my own.