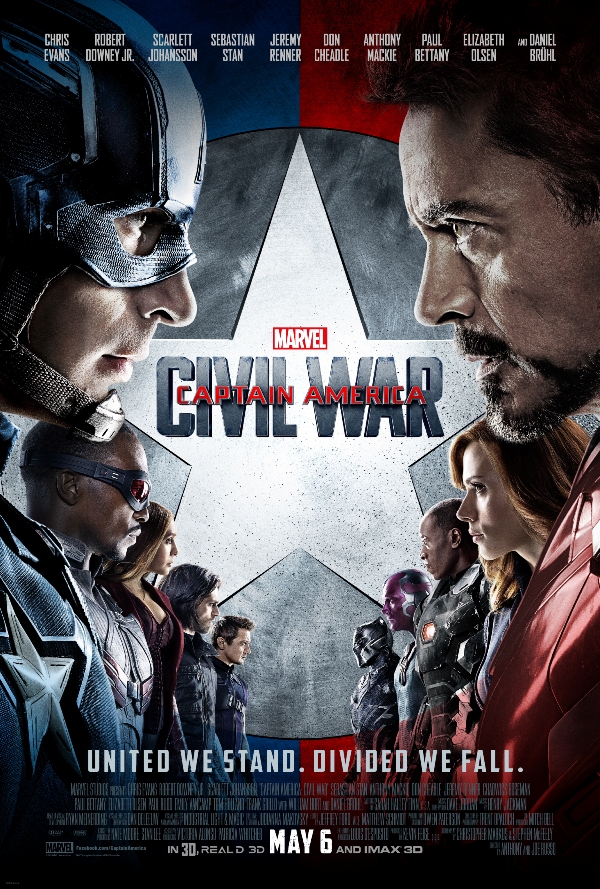 The Marvel Cinematic Universe continues with Captain America: Civil War and some people are calling it Marvel’s best movie so far with some of our favorite superheroes, yet for some it will be incredibly difficult to watch. Whether you are Team Cap or Team Iron Man, Marvel delivers a powerful action film.

Whether you grew up reading the comics and have watched every Marvel movie or this is your first adventure into the Marvel universe, Civil War does not require any advanced knowledge to understand the movie. The are absolutely advantages to knowing about the Marvel characters and movies but they do an excellent job of bringing you right into the movie for first time Marvel fans.

With the Avengers having little oversight and accountability for their actions, one event gives them unwanted attention from the government asking them to sign and follow the Sokovia Accords agreement. This manual is where the Avengers divide into Team Cap and Team Iron Man with each side insisting they are correct and the other one is wrong.

The stars of Civil War provide the same familiarity we have come to expect but the introduction of Black Panther easily makes him an emerging superhero not to mess with and one we hope to see more of in the very near future. T’Challa is an exciting character expertly portrayed by Chadwick Boseman.

Spider-Man is annoying in this movie and definitely is not portrayed the same as the Spider-Man movies but provides quite a bit of comedy and nails his performance based on the annoying factor.

Star Wars fans will love the movie reference, as Disney always does an awesome job incorporating parts from their other movies.

There are noticeably two absences that are severely missed: Thor and The Incredible Hulk. Even with the addition of Spiderman and Black Panther, their absence is definitely felt because you just can’t have the Avengers without these two well known superheroes.

Even though many have called it Marvel’s best movie ever, it simply is not. While the graphics are spectacular and learning more of the back story of three characters is certainly exciting, seeing the Avengers splinter and fight each other definitely breaks hearts. Instead of working together to fight evil, they are divided and fighting the evil within them and it is an all too real reminder that friends can turn on you and become your enemy from one simple decision. With both sides deciding they are right it is difficult to watch the men and women who were once united together choose sides in a political move that could end the Avengers as we know it.

How Many Bonus Scenes Are There?

One of the best parts of working with Disney is attending the movie screenings. Typically the invite includes room for one guest and as you can imagine it was Civil War in our house deciding which child would attend the screening in order to write the Captain America: Civil War movie review. Once the dust settled it was determined my little Black Panther fan would attend. At our screening our friends were there dressed as some of our favorite super heroes. Visit our Instagram account to see their amazing costumes. Both of my boys came in to take a picture with them and as soon as it was done my oldest son left so we could go see the movie. Captain America went above and beyond by offering one of his seats to my oldest son so I was able to bring in both of my boys to see the screening. Captain America is a class act who often spends time spreading smiles to children. That night it just happened to be my child so we just wanted to publicly share a huge thank you to Captain America.

It’s Marvel and it is focused on superheroes so there will be the expected level of violence. If your children have seen Iron Man, Thor, or Captain America: The Winter Soldier, then this is on par with the level of violence. A word of caution though is the violence is mainly directed at their beloved superheroes instead of the typical villain which can lead to confusion for young children still trying to understand who the bad guy is when they’ve been dressed as a good guy all this time.

There are approximately eight incidences of foul language but there is no nudity. You do see a woman die by choking and another violent death of a character, in addition to many other deaths of innocent bystanders. The names of the people have been removed to avoid spoilers as much as possible.

While older children will definitely love this movie, the most disturbing part is not the rating for the movie or the level of violence in the movie but the previews shown before. Had we been able to skip the previews it would have been a better experience for my children because a preview for a horror movie is definitely not something we planned on seeing before our superhero movie and this left my children cowering with their eyes and ears closed because they had already seen too much of blood, sex, and stab wounds before we realized what was being shown and could react appropriately.

[quote]Marvel’s “Captain America: Civil War” finds Steve Rogers leading the newly formed team of Avengers in their continued efforts to safeguard humanity. But after another incident involving the Avengers results in collateral damage, political pressure mounts to install a system of accountability, headed by a governing body to oversee and direct the team. The new status quo fractures the Avengers, resulting in two camps—one led by Steve Rogers and his desire for the Avengers to remain free to defend humanity without government interference, and the other following Tony Stark’s surprising decision to support government oversight and accountability.[/quote] 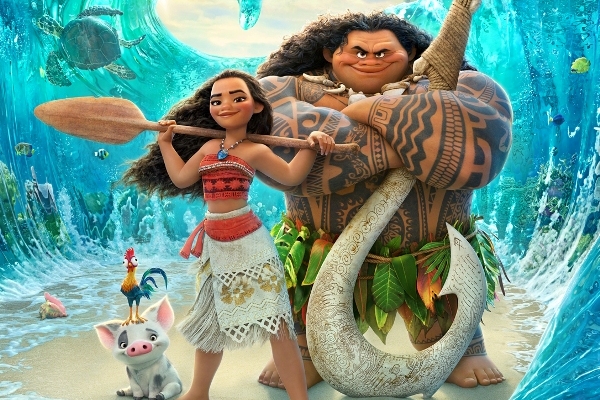