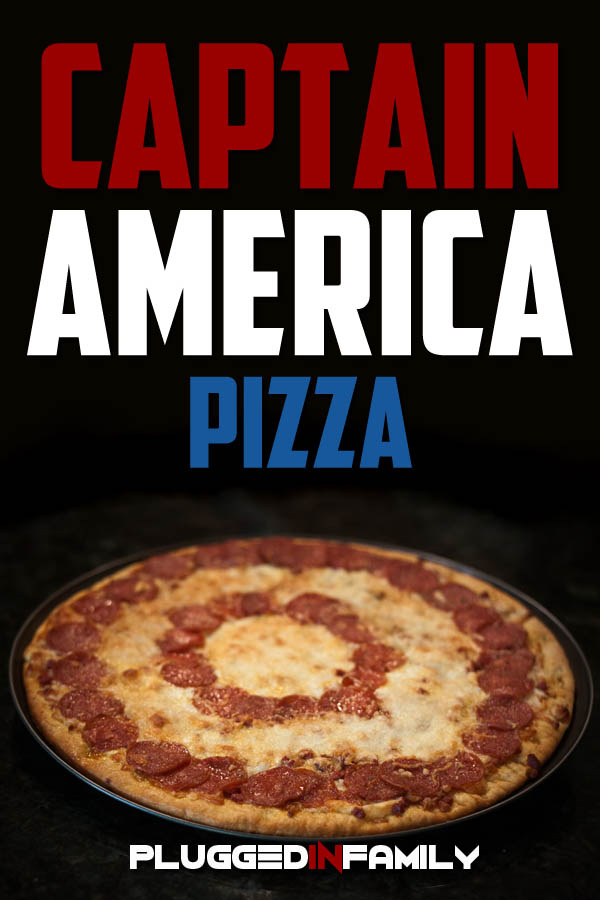 Since the Avengers Blu-Ray/DVD release is on Tuesday we celebrated with a family fun night, complete with Captain America Pizza that is super easy to make on a busy night. 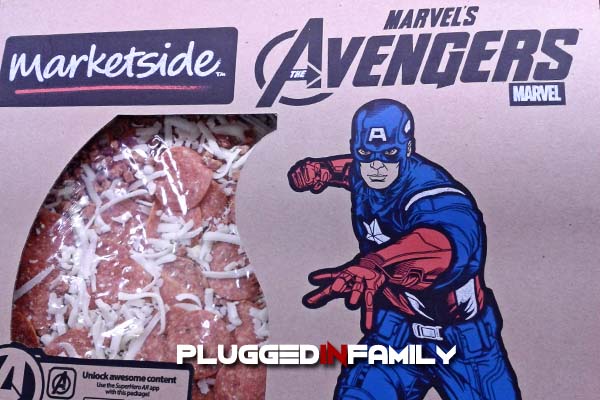 Located in the Walmart deli are their pre-made Marketside pizzas, making family movie night or an Avengers party simply easy to create. It literally takes less than 2 minutes to gather the pepperoni and lay them out. Pretty easy for a powerful impact for those who love superheroes, especially Captain America. 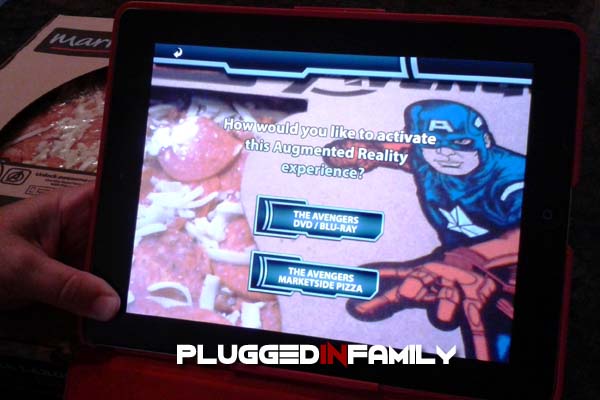 Why throw the pizza box on the floor?

I can guarantee you this is the first time we have had an empty pizza box thrown down on the floor with children huddled around watching intently to see what happens when technology meets a MarketSide Pizza box decorated with The Avengers character from Walmart.

Download The Avengers Augmented Reality App and simply aim it at the pizza box.

A specially marked box just for Avengers is available for a limited time.

The iPad provided a wonderful city view with characters on top of the buildings. My oldest son turned the box around and discovered Black Widow was hiding in the back. 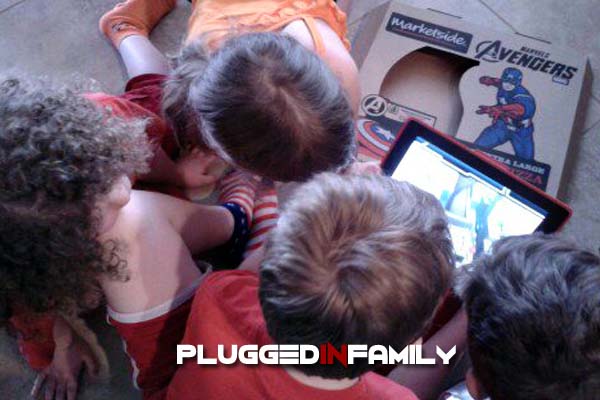 While the kiddos where occupied playing on the iPad, I quickly turned a pepperoni pizza into a Captain America pizza, by simply rearranging the pepperoni slices. Kids entertained while pizza is cooking makes for an easy night.

I am a member of the Collective Bias™ Social Fabric® Community. This content has been compensated as part of a social shopper insights study for Collective Bias™ and Marvel. #MarvelAvengersWMT #CBias #SocialFabric. All photographs and opinions are my own.

One thought on “Captain America Pizza”