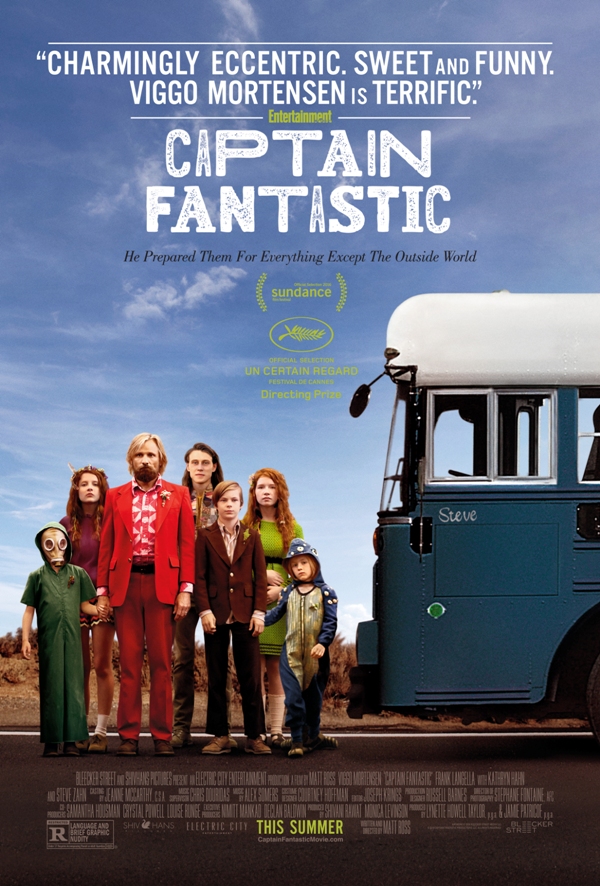 Captain Fantastic is a movie about Ben, played by Viggo Mortenson, who chose to raise his 6 children out in the forests of the Pacific Northwest. His children range in age from eight years old to 18 years old.

He has three boys and three girls. His children are very isolated from the majority of society. Every day, Ben and his children go through rigorous physical and mental training. He is preparing them to survive in almost any condition. One evening, we see his children reading books and discussing topics and issues that most college student’s would get clueless about.

The one thing missing form their family is their mother. She is seeking treatment for an illness in a hospital in New Mexico where her family lives. Mom had given up her career as a lawyer to move out into the woods, but her medical conditions required her to seek treatment. While it is unclear how long mom has been away. The family has been living in the woods for about 10 years. 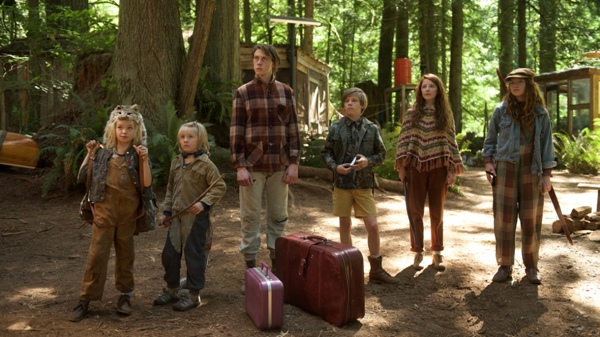 While Ben’s family lives off the grid, they have potable water to drink and do travel into town to sell items they made, buy supplies, and make phone calls. Ben takes his oldest son Bo, played by George MacKay, into town. Ben sells their supplies and the proceeds to make a phone call to see how his wife is doing. Bo runs into a couple girls while walking into the store and it is clear at this point that while Bo is highly intelligent and physically fit, he lacks social skills when dealing with girls he is not related to.

While in town, Bo goes to a post office box and in the mail, he has received acceptance letters to MIT, Harvard, Rutgers, Yale, and the list goes on. Ben learns from his sister-in-law that the night before he called, she had committed suicide in the hospital. He also learns that his wife’s father, Jack, played by Frank Langella has decided his wife should have a traditional burial service based upon his religious beliefs. Ben makes it clear that this is not what his wife wanted. She had professed to being a Buddhist and in the Buddhist tradition, a body is cremated.

Ben had made the decision to take his family on a road trip in their blue converted school bus named Steve and stop this funeral service that goes against his wife final wishes. 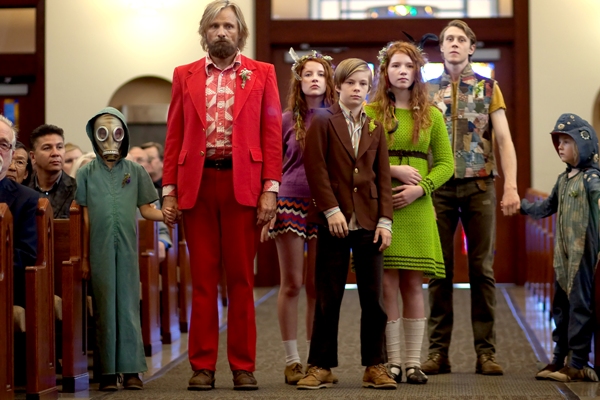 This movie felt at times almost like a 21st Century hippie film. Dad is raising family in the forest away from society because of how dysfunctional it has become. We also see dad questioning to what extreme he raised his children as they might not be ready to function in such a dysfunctional society.

There is plenty of humor in this film. This film does not apologize for making fun of anything from over protective parenting to the public school system to Christianity. Just like many comedians have said, you will like the majority of what they have to say but inevitably something will offend you.

This is definitely not a movie I would have gone to the movie theatres to see, but it did make me question and affirm how I have chosen to raise my children. Thank you to Bleecker Street for introducing me to this movie.

One thing that is made clear is that not matter what happens in life, family still needs to love each other.

This is definitely not a film for children. There is very strong language used throughout the movie. The F-Word is used multiple times by man characters including young children. There multiple scenes in the film that talk about serious subject matter. There are two brief scenes of a child seen naked from the back. Viggo Mortensen gives us a full frontal view of himself naked. He proceeds to explain to an older couple passing by that it is only a penis. This scene last for a few seconds.

The film starts with a very violent scene of a teenager killing a deer with a hunting knife. There is a lot of blood and then a right of passage where the teen is marked with the blood of the deer and takes a bite of the raw liver.

Ben and his kids actually exhume the remains of their mom and drive with her in the school bus. Children touch, kiss, and cry over a dead body.

[quote]Deep in the forests of the Pacific Northwest, isolated from society, a devoted father (Viggo Mortensen) dedicates his life to transforming his six young children into extraordinary adults. But when a tragedy strikes the family, they are forced to leave this self created paradise and begin a journey into the outside world that challenges his idea of what it means to be a parent and brings into question everything he’s taught them.[/quote] 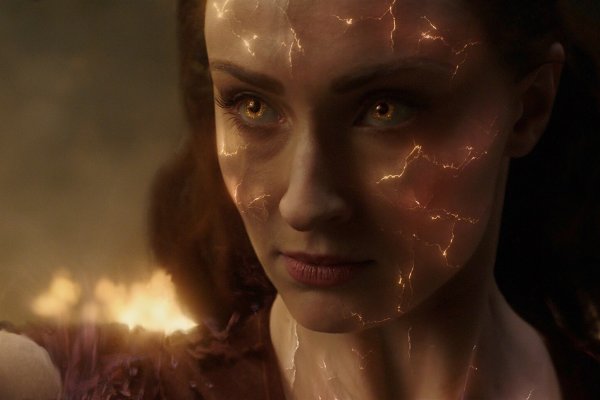