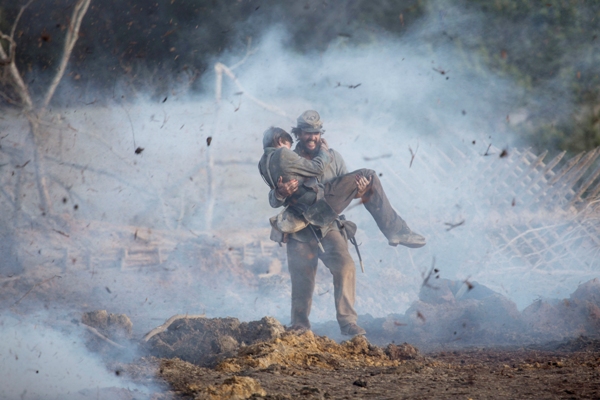 Free State of Jones delivers a story of Newton Knight’s desire to see all men free and to stop the persecution of the people of Jones County Mississippi from the Confederates.

As with most Civil War movies, the battle begins between the North and the South. In this battle, the South are severely beaten by the superior numbers and firepower of the North. From this battle comes Newton Knight , played by Matthew McConaughey, dragging a wounded soldier on a two wheeled stretcher down the road. They pass by fields full of dead and decaying bodies as they come up to the medical hospital. At the end of the day when the blood is being washed a little more is explained about Newton. Newton does not believe in the war. He does not believe in fighting a war for cotton. Later that evening Newton runs into Daniel, played by Jacob Lofland. Daniel is kin to Newton, a teenager, who has just been drafted. Newton makes it his job to get Daniel to safety.

This opening sequence sets the stage for the rest of the film. Newton learns that the Confederates have been taking the possessions of the people of Jefferson County to help fund the war effort. Not all of the people of Jefferson County are subject to this “taxation”. The wealthy land owners who run the plantations do not seem to be subject to the persecution. 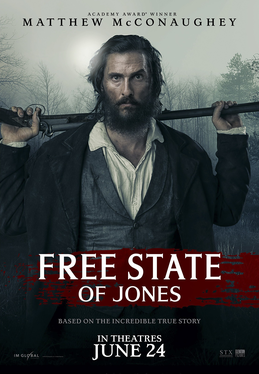 Jefferson finds himself at odds with the Confederates and is hunted down like a slave. After being injured, he is taken to the swamps and finds himself living with slaves who have escaped from their owners. Moses, played by Mahershala Ali, is the leader of this group. He tried to escape when his wife and son were taken away and sent to Texas. Because of his defiance, Moses is forced to wear a metal ring around his neck with four huge spikes coming out of it. This makes it almost impossible for him to sleep or be comfortable. Newton offers to set him free from the device. They both know this will bring the dogs and the hunters after them, but they decide to prepare.

This begins Newton and his group gathering more slaves and deserting Confederate soldiers. They defy the orders of the Confederate and start stealing back what has been stolen. This seems at times like a 19th century Robin Hood story. This leads to many violent confrontations with the Confederate army. Newton looks to receive help from Sherman and the North, but they are denied. At this point, Newton and his men feel they have no country. They have abandoned the South and the North does not want them. This is when Newton and his people establish the Free State of Jones. They are a simple people where all men are free. They live under this establishment until the end of the Civil War.

With the conclusion of the Civil War, Newton and his people must learn to live under the new government. Unfortunately, many leaders from the Confederacy are put back into power and start with enacting corrupt laws that make life even worse than before the war.

Newton sees his friends earn the right to vote and then suffer the consequences of earning that right to vote with the rise of the Klu Klux Klan and other groups again the equality that black men are given by Federal Law.

Newton continues his life as a man who believes that all men are equal. 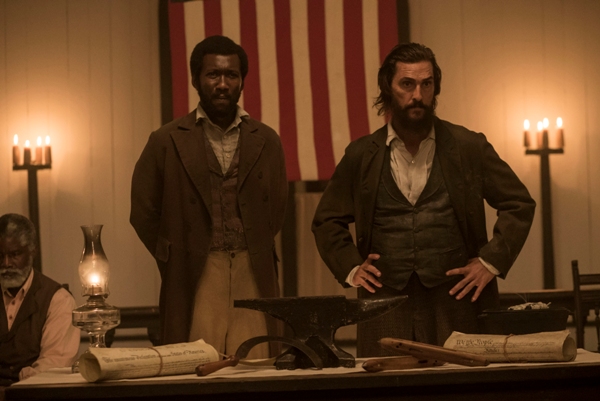 While this is a movie that is to be focused on events of the Civil War era as well as the years following the Civil War, we begin to have flashes of a Mississippi courthouse scene 85 years after the Civil War. At first these don’t seem to make sense. It isn’t until the end of the second courthouse scene that we understand that Davis Knight, played by Brian Lee Franklin, is on trial for marrying a white girl. Davis is the great grandson of Newton Knight. At first look this seems to be rather confusing, until it is explained that the court believes Davis to be one-eighth Black. This does not seem to add anything to the story line. It does show that 85 years after the Civil War, the State of Mississippi was still as racist as ever.

While I did enjoy this film overall, this film fell short. The film was somewhat choppy on its own, but adding the courthouse scenes throughout chopped up the story line even more. Matthew McConaughey delivered a wonderful performance as the charismatic leader Newton Knight. There were some great scenes and there is a story to tell, but too much was trying to be told in two hours and nineteen minutes. From a historical perspective, the story of Newton Knight needs to be told, but in greater detail and in not such a confusing a choppy manner. The subject matter and material would be better set for a direct to video or TV mini-series.

Besides the violence and brutality, the N word is continually used throughout the movie. While some may say this is to show what life was like, it does not make it necessary. As a father of a teen and pre-teen, they will not be seeing this movie any time soon.

Like many war films rated R there will be disturbing images. A few noteworthy ones that I feel particular to acknowledge are below.

Pigs are seen eating out of the stomach of a dead soldier. Multiple dogs are killed violently and at one point one is scene on a spit being roasted for food. A whole pig is seen roasted and then eaten. Probably the most disturbing image for me was seeing two brothers ages 13 and 15 hung by the confederates. A black man is seen hanging from a tree with his pants down to his ankles. Nothing is seen, but it becomes obvious what has taken place. Multiple times, the Klu Klux Klan is scene burning buildings, beating, and killing people.

[quote]Written and directed by four-time Oscar nominee Gary Ross (The Hunger Games, Seabiscuit, Pleasantville), and starring Oscar winner Matthew McConaughey, Free State of Jones is an epic action-drama set during the Civil War, and tells the story of defiant Southern farmer, Newt Knight, and his extraordinary armed rebellion against the Confederacy. Banding together with other small farmers and local slaves, Knight launched an uprising that led Jones County, Mississippi to secede from the Confederacy, creating a Free State of Jones. Knight continued his struggle into reconstruction, distinguishing him as a compelling, if controversial, figure of defiance long beyond the war.[/quote] 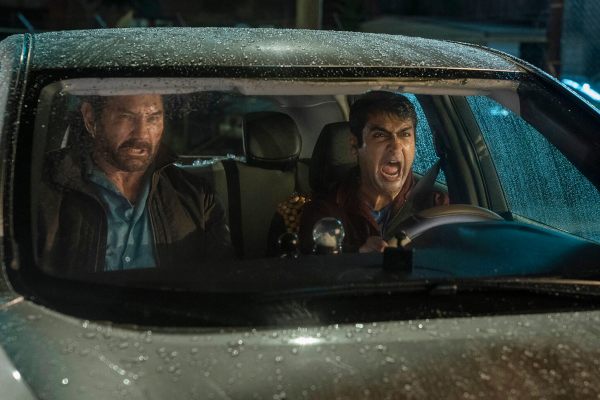 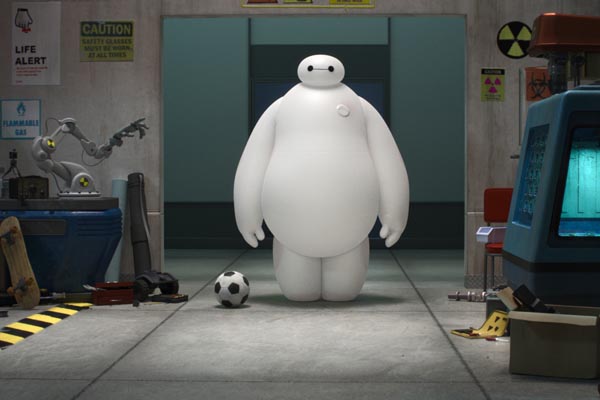