An eleven year old boy named William Wright from Arizona woke up early yesterday and stood in line with thousands of strangers to watch the live panel at Star Wars Celebration VII in Anaheim, California. Just a few hours later he began to understand what JJ Abrams mentioned during the opening ceremony about being taken away by Star Wars at the exact same age when William put on his handmade kids Stormtrooper costume for the first time.

It all started back at Phoenix Comicon Fan Fest when the 501st Droid Hunt called five tickets for the grand prize winner of the Stormtrooper bucket but no one produced the winning ticket. The sixth number called was William’s lucky number and that is how the Dune Sea Garrison recruited a young Stormtrooper, even if they have to wait seven years before he can officially become a member.

His Stormtrooper bucket is Luke’s hero helmet from A New Hope and was created by two members of the Dune Sea Garrison, Tristan Moriuchi and Michael Culp.

Knowing that undertaking a costume of this size would be too much to do, William’s parents told him he would not be able to have his armor for Star Wars Celebration because there were no patterns available. No one had attempted to make this before that they could find.

With just days to go before Celebration, William’s mother decided that his dream should come true. It took each member of the family 40 plus hours, including William’s nine year old little brother, Alexander.

Using just paper, photographs of the TK uniform, and a Stormtrooper doll with Mickey Mouse ears known as Infinity Trooper, slowly the pattern for the uniform came together as each piece was hand cut and adjusted to fit his body. Even though these were great references, it was one very special Stormtrooper with the Dune Sea Garrison named Christopher Gilb, known as Big Gulp TK-71114, who offered constant technical support when he heard about our secret undertaking.

Another Stormtrooper with the same Garrison who also offered support is Jeff Breckon, TK-82287. Through Jeff’s relationship with his son, currently making his own costume for the 501st, William’s parents can see what the future holds for parents who instill a love of Star Wars at such a young age.

These four men had such a hand in the making of his bucket, his armor, and encouraging him to pursue his passion.

It was not until yesterday morning that the entire costume came together in a hotel room across the street from Disneyland and in time to join the all Star Wars costume photo shoot.

A few steps outside his hotel room door were when the cars began to honk down Harbor as they quickly rolled down windows and shoved cell phones out the window to catch a quick shot of a child dressed in Stormtrooper armor.

This was just the beginning.

He was interviewed on camera by Lucasfilm, many media from all across the globe, and is taking his moments of fame just like any little boy would do. He is figuring out what to buy with his own money he saved just for Star Wars Celebration.

One day he will join the 501st to officially become a Stormtrooper but what started as just a dream for this young boy suddenly became a reality yesterday. Until he is old enough he will continue to proudly serve as a Stormtrooper in the Galactic Academy where he is known as Stormtrooper William. His official number is CTK-1036.

Many friends of his that are members of the 501st Legion saw his costume in person and congratulated him on a job well done. He turned to his parents with wide eyes excited that his armor receive their approval.

Standing among groups of Stormtroopers he looks like one of them. His left knee tends to drift a little and he has trouble sitting down, just like the official Stormtroopers do. This part makes him smile knowing they already share something in common.

Aren’t you a little short for a Stormtrooper?

Seeing him in his costume for the very first time brought tears to his mother’s eyes. Tears of joy and relief that they actually pulled off the child’s Stormtrooper costume and made his dream come true. Gently she grabs his hand and guides him through the crowds at Star Wars Celebration, stopping for adults and children who ask to take a picture with him. Each one makes him smile but it is the kids who mean the most to him. If his parents can do it, so can you. I should know. I am his mother. 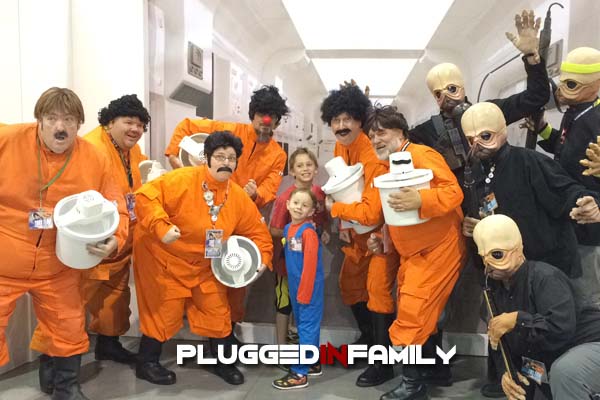 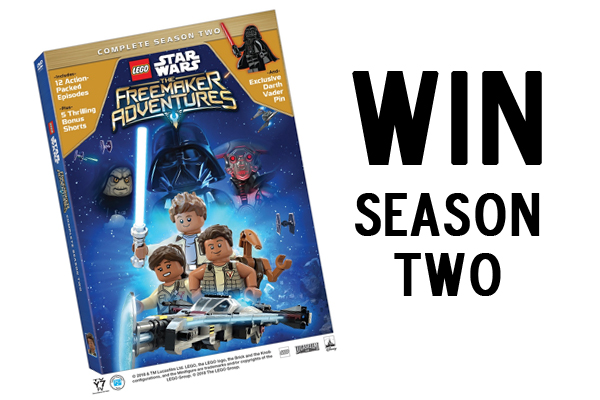