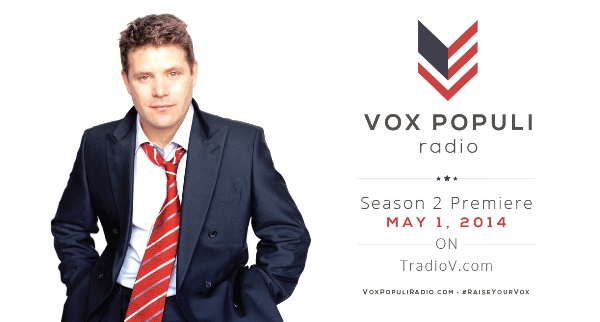 If you follow me on Instagram or Twitter, then you may remember our family had the chance to meet Sean Astin last week and I am so excited to partner with Sean to promote his radio show because that was an amazing opportunity. Did you know you can have your very own opportunity to chat with Sean too?

No matter where you fall on the political spectrum, Sean welcomes everyone’s opinion. Normally my political views are tucked far away from social media because respect of differing opinions hardly exists; however, after talking with Sean and being included on his live show we can see that his platform provides an opportunity for civil discourse and respect.

Instead of standing behind political party lines and declaring ourselves Democrat, Republican, Independent, liberal, conservative, or any other particular group of individuals, let’s take time to talk with each other and solve our nation’s problems.

Sean Astin provides the platform for all to listen and discuss. You just have to show up. 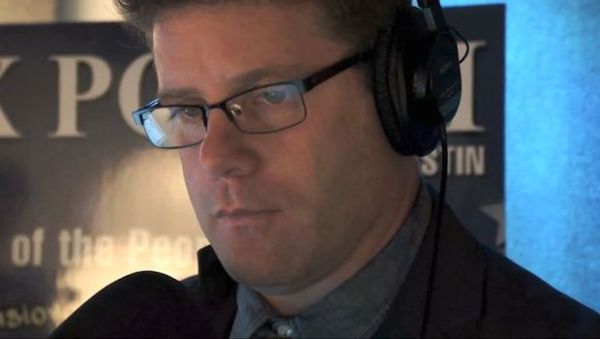 Will you join in? Vox Populi Radio begins season 2 on May 1st. Now is your time to listen. Whether you shout your opinions about politics from the rooftops and have no fear of standing on a soap box or are like me and was taught that there are two things your never talk about, religion and politics. There is room at the table for everyone.

Sean Astin – actor from Goonies, Lord of the Rings, Rudy – is beginning Season 2 of his political radio show for “the occasionally interested people” on May 1st on a new network, TradioV. His interest in politics and representing the people’s voice is infectious, and he genuinely wants people to understand what is happening with the government, even when it seems too complicated. Whether you are or aren’t interested in politics, he offers an intellectual discussion and doesn’t just want to be heard, he wants to hear the people and their concerns, all while keeping it civil. 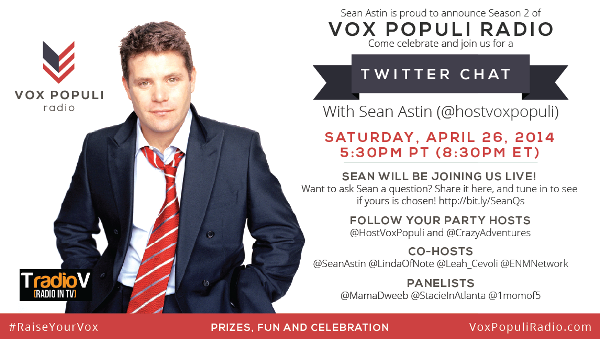 You don’t have to wait until May 1st though to get started. Join in on the Twitter party tomorrow night. If you do not have a free Twitter account this is a good reason to get one.

I am member of ENMNetwork and I received a gift from Sean in appreciation of my support for his show. All thoughts and opinions are my own.  ENMNetwork disclosure.