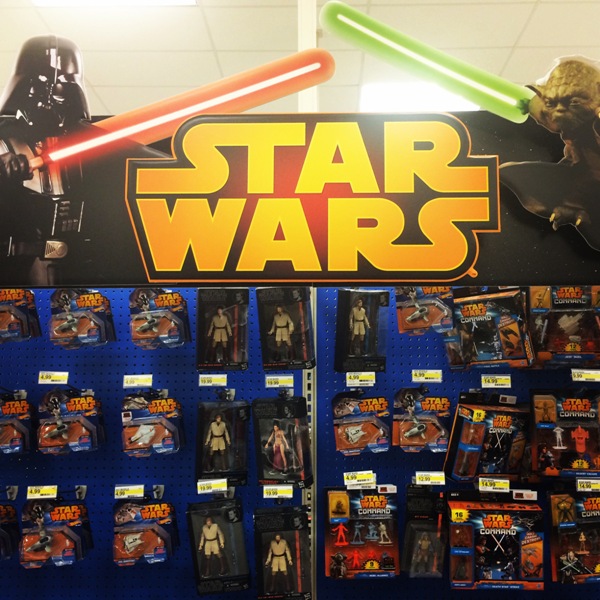 Today we learned the news of yet again a crazy parent demanding their own beliefs are more important than others by demanding that Slave Princess Leia should be taken off store shelves.

Actually this is one parent I totally agree with.

Slave Princess Leia must be taken off the store shelves.

How dare we ever put anything in the toy department that has to do with a female doll tangled in chains while wearing a bikini.

We suspect the issue has more to do with the combination of a bikini and chains since one can stroll through the toy department and find many dolls in bikinis and yet others with chains but Slave Leia is the only one wearing both. She has only been on shelves since December 2013.

Since the irate father was appalled that Target carried the Black Series Slave Princess Leia we went to Target to see what better options were available for toys.

If we take Slave Princess Leia off the shelf, then here are some better options we found in the toy department tonight at Target to choose from for those objecting to this toy. 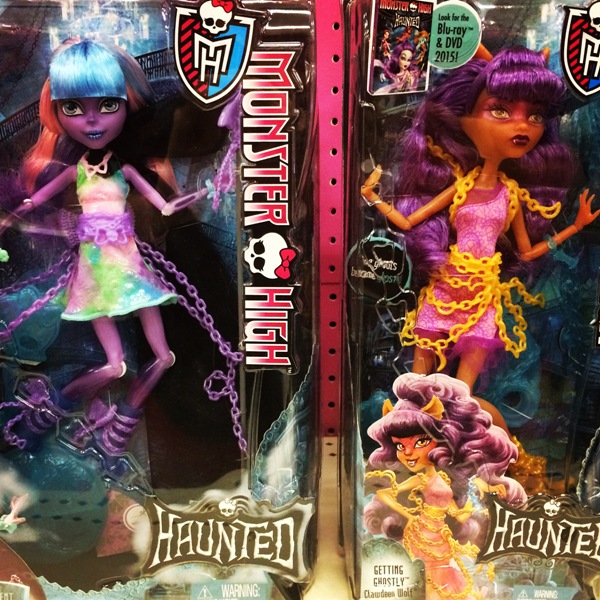 A Monster High doll with chains wrapped around her makes total sense because any doll with chains means it is a bad influence on children. There is not only one but two different dolls to choose from. River Styxx and Clawdeen Wolf both wear chains. 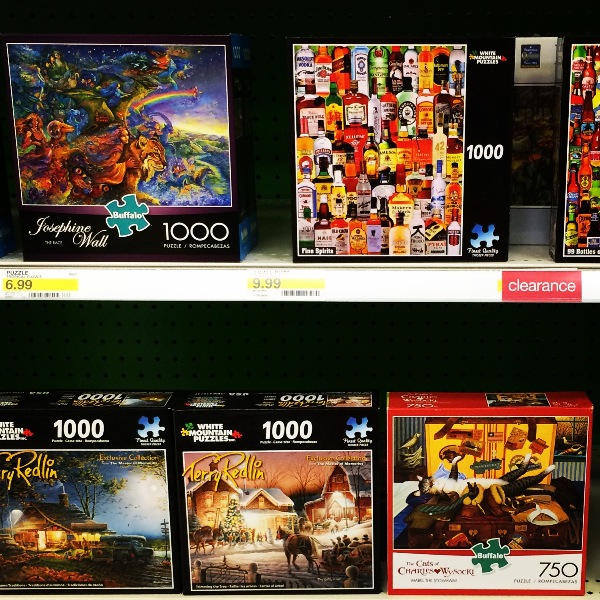 A hard alcohol puzzle in the kids toy department. There is no age limit of 21 years old required for consumption of Old Crown, Southern Comfort, Jim Beam, or Gordon’s Vodka. 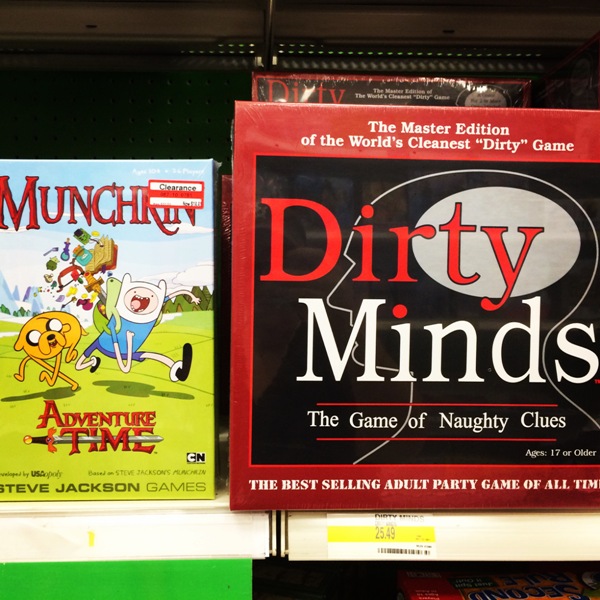 This game next to games for kids totally makes sense. 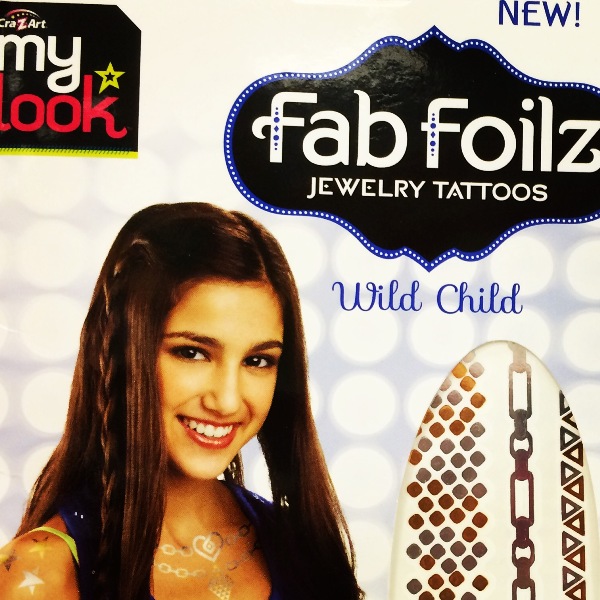 Tattoos for girls are a great option, but then they grow up to become mothers and we all know what people think about parents who have tattoos. Right. Another horrible opinion because good parenting has nothing to do with whether you have a tattoo or not. We’ve already been down that road. 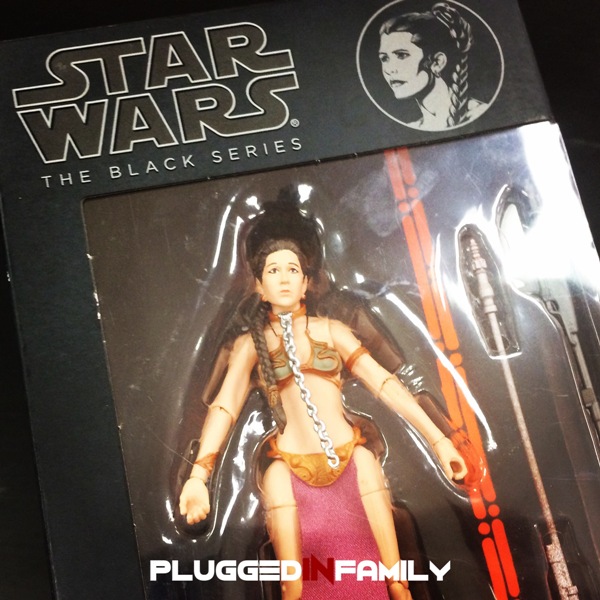 No one needs a strong female character like Princess Leia. She didn’t wait for anyone to rescue her. She rescued herself. Let’s make sure no other little girls learn they have worth and the ability to be anything but a victim. We need to make sure they only have male characters to influence them and keep them as weak as possible so they can never grow up to be a strong woman.

This is completely wrong.

Parents who demand products be taken off the shelf simply because they don’t understand what the product is and make decisions for all of us are wrong.

Yes, we are a huge Star Wars loving family and that has nothing to do with my stance on this issue. I would feel the same way if it was a Star Trek figure. Oh the shame of mentioning Star Trek and Star Wars in the same paragraph.

If we don’t put a stop to people demanding these products be removed then we will end up no longer living in a free country and will end up with crayons and blocks for children to play with. Even then someone will object. Enough is enough.

Slave Princess Leia is a hero.

She is captured rescuing Han Solo and ends up using the very chains she was enslaved with to kill Jabba the Hutt. The movie is called Star Wars: Return of the Jedi and is Episode 6 that premiered in 1983.

The back of the box has the following description:

[quote]Dressed as one of Jabba the Hutt’s slaves, Princess Leia escapes from the Hutt’s Sail Barge at the Pit of Carkoon. “Come on, we gotta get out of here.”[/quote]

Princess Leia has totally rocked the slave bikini outfit for 32 years which honestly provides more coverage than the majority of swimwear seen at the pool or the beach this summer.

Slaves Princess Leia needs to be taken off the shelf by collectors and toy enthusiasts who want to display her along side all of the other collectible Star Wars Black Series Figurines.

We, as parents, need to personally go to the store and buy so many of these and give them to our little girls to play with so they can have a strong female hero in their life. Clothes don’t make a man, why should they make a woman.

Our family stepped up and did our part. We went to a Target tonight and purchased a Slave Princess Leia Black Series that was still on the shelf at our local Target at 9:08 pm. She was the last one in stock. If you cannot find the 6″ series, be sure to stop by Toys ‘R Us for the 3″ version in a special series called Jabba’s Rancor Pit.

Win Your Own Slave Princess Leia

Even though I would love to keep her for myself, she is not ours. She belongs in someone’s house so go enter our giveaway to win your own Slave Princess Leia.

Thank you Target for not giving in to this father’s unjustified demands since she was still on the shelf this evening.

We asked a Stormtrooper his opinion on the matter and he was quite clear where he stood. “Move along.”

If you don’t understand something it is time to get educated. I don’t know a thing about Monster High and I hate Sponge Bob but you will not find me demanding their products be removed.

If you don’t like it then don’t buy it.

Our free country means accepting others who do not believe the same thing we believe or live the same way we live. It is called America for a reason and Star Wars rules the galaxy even in a metal bikini.

You’ve heard my thoughts. Now it is your turn. Leave your thoughts below.

3 thoughts on “Slave Princess Leia Must Be Taken Off Store Shelves?”