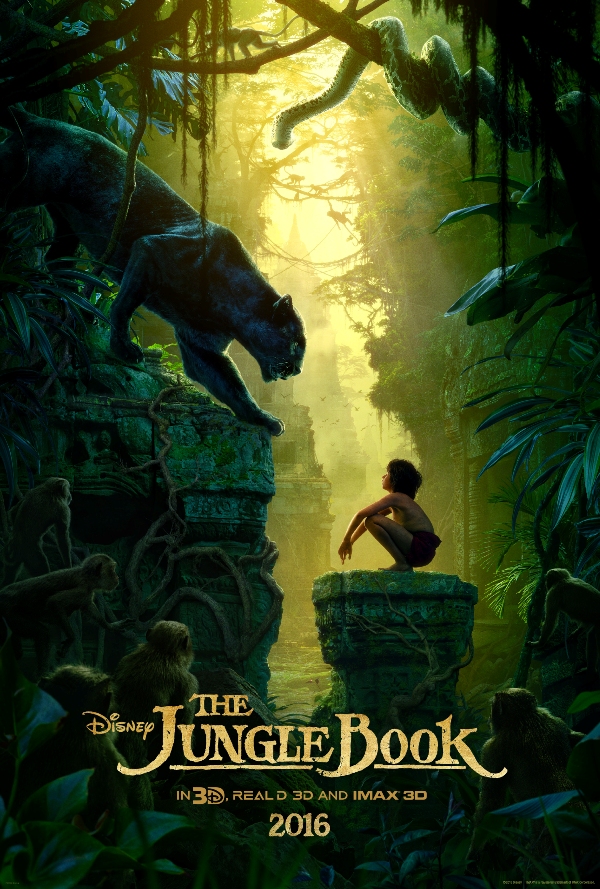 The Jungle Book movie swings into theatres and introduces the next generation to an updated beloved movie and book from our childhood. 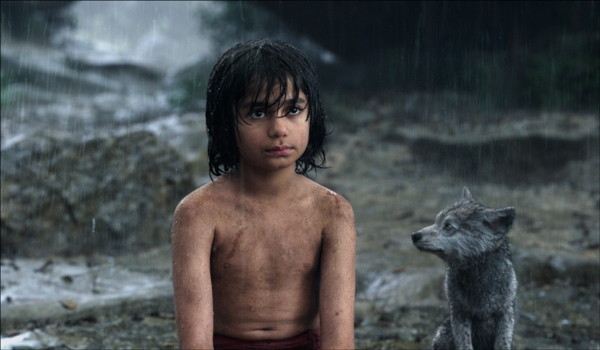 It’s hard to believe that Neel Sethi is the only human character in the entire movie. His performance as a new child actor has destined him to become a star. One can only imagine what the future holds for Neel, especially since his performance was so captivating. 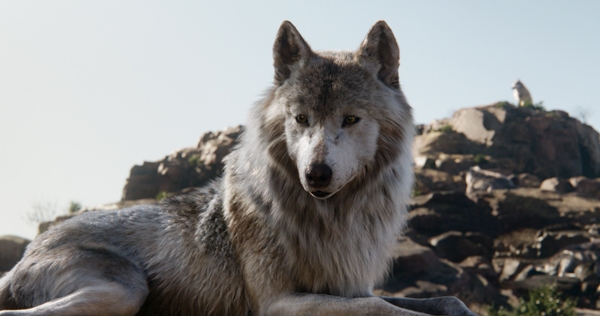 Neel plays Mowgli who was abandoned in the woods and was raised by wolves. He has no idea that being a man cub in the jungle has put his entire wolf pack in jeopardy from Shere Kahn. What sets off next is a thrilling adventure that brings you on the journey to finding your real family and the strength within yourself to do the impossible. 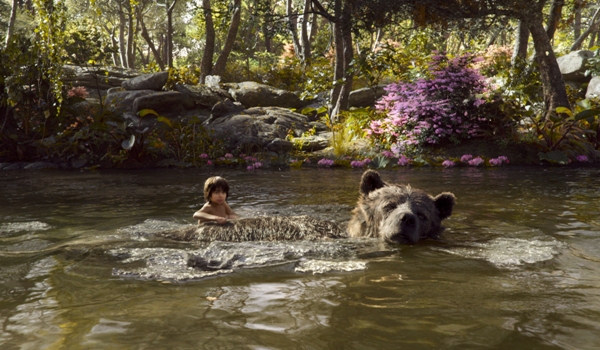 Billy Murray is the voice of Baloo and brings all of the joy we expect. His personality is perfectly suited to play the bear who puts a smile on your face with his joyfulness and mischievous ways. 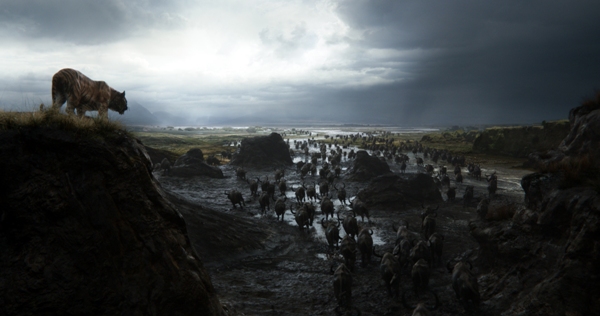 Idris Elba is the voice of Shere Kahn who makes you shift uncomfortably in the seat. Lupita Nyong’o who voices Maz from The Force Awakens is the voice of mother wolf Raksha who raises Mowgli as one of her own. King Louie could be voiced by no one except Christopher Walken, who does an excellent job. 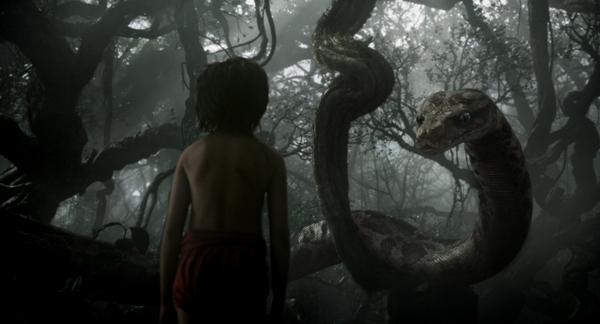 Scarlett Johansson voices Kaa and is the first time her voice has made us feel uneasy. Traditionally her role as Black Widow has provided confidence she can get the job done and that carries over into The Jungle Book but in a completely different way that makes you not want to be near her. 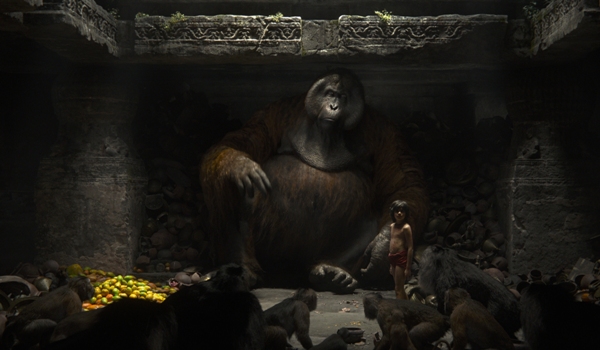 With incredible artistry, it really is unimaginable that Mowgli is the only actor on screen. Disney outdid themselves in the beautiful scenery and the portrayal of the animals. We left the theatre feeling like life would be better with a hug from a wolf. 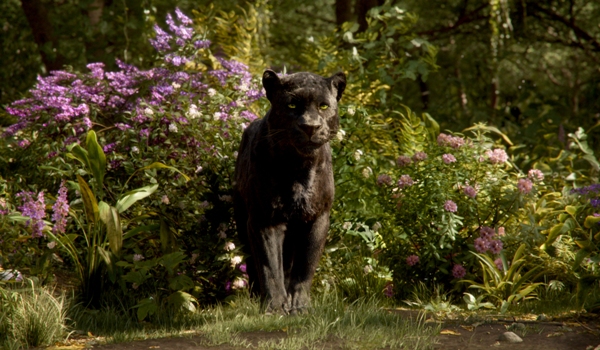 This family friendly live action film is a movie the entire family will enjoy as you reminisce about The Jungle Book movie you remember from your childhood. You just may be humming “The Bear necessities” as you leave the theatre.

Young children will be frightened by a few intense scenes but nothing that is too drawn out. There are scary scenes with fire and two deaths that implied but not shown on screen. This is a movie most children will enjoy and one we look forward to buying for our home movie collection.

The Jungle Book is rated PG for some sequences of scary action and peril.

[quote]Directed by Jon Favreau (“Iron Man”), based on Rudyard Kipling’s timeless stories and inspired by Disney’s classic animated film, “The Jungle Book” is an all-new live-action epic adventure about Mowgli (newcomer Neel Sethi), a man-cub who’s been raised by a family of wolves. But Mowgli finds he is no longer welcome in the jungle when fearsome tiger Shere Khan (voice of Idris Elba), who bears the scars of Man, promises to eliminate what he sees as a threat. Urged to abandon the only home he’s ever known, Mowgli embarks on a captivating journey of self-discovery, guided by panther-turned-stern mentor Bagheera (voice of Ben Kingsley), and the free-spirited bear Baloo (voice of Bill Murray). Along the way, Mowgli encounters jungle creatures who don’t exactly have his best interests at heart, including Kaa (voice of Scarlett Johansson), a python whose seductive voice and gaze hypnotizes the man-cub, and the smooth-talking King Louie (voice of Christopher Walken), who tries to coerce Mowgli into giving up the secret to the elusive and deadly red flower: fire. The all-star cast also includes Lupita Nyong’o as the voice of the fiercely protective mother wolf Raksha, and Giancarlo Esposito as the voice of wolf pack’s alpha male Akela. “The Jungle Book” seamlessly blends live-action with photorealistic CGI animals and environments, using up-to-the-minute technology and storytelling techniques to immerse audiences in an enchanting and lush world. The wild adventure swings into theaters in 3D on April 15, 2016.[/quote] 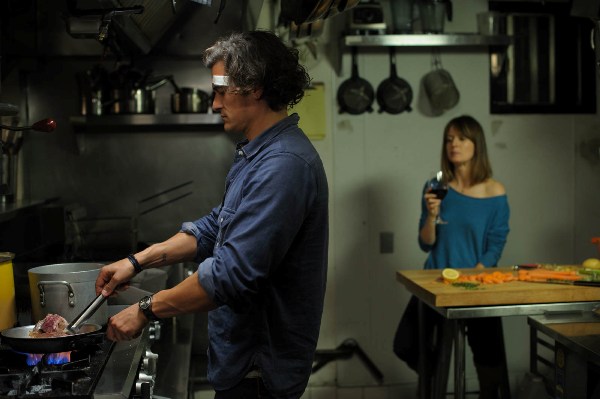