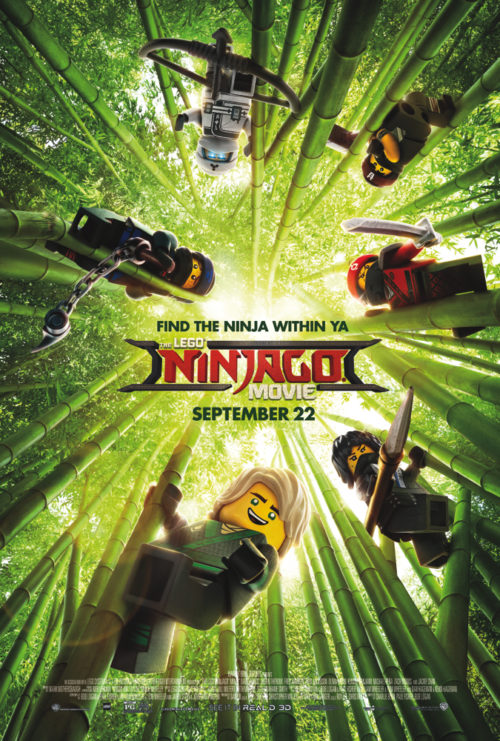 If your children are NINJAGO fans then they will absolutely enjoy the first NINJAGO movie to hit the big screen. Be prepared though for an increased desire in little ones to want to buy more LEGO sets. Guaranteed. 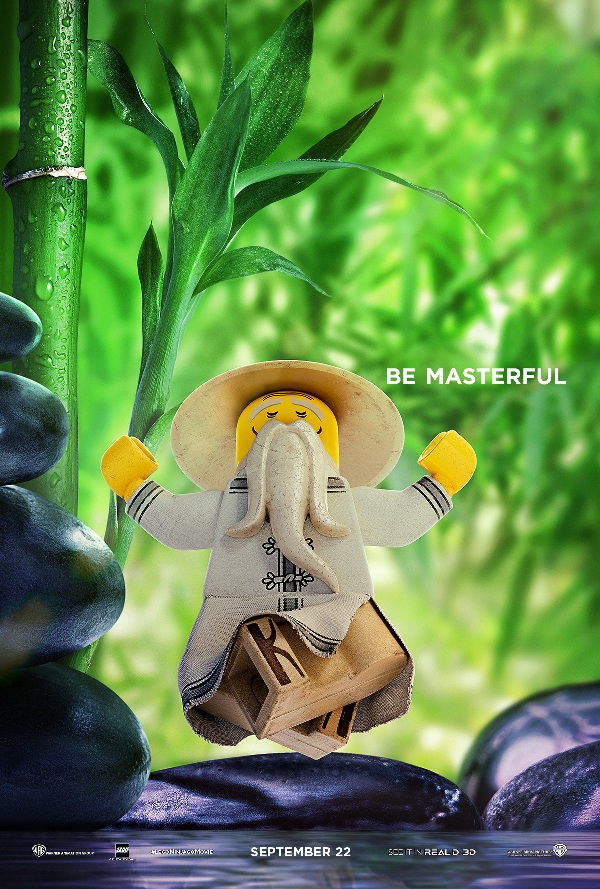 Although not admittedly a huge NINJAGO fan like my boys, when seeing the behind the scenes making of the movie with Jackie Chan there was an increased desire to see the movie. Just knowing that Mr. Chan was filmed and then his actions were animated made this film a must see for our family.

Just like The LEGO Movie, this one combines both live action and animation in the movie. Even though we knew Jackie Chan voices Master Wu, we were surprised to actually see Jackie Chan in the movie. He was a major draw and delivered an excellent performance. If you were a child of the 80’s you just might hear “Everybody was Kung Fu Fighting” playing in your head during his fight scene with Lord Garmadon. 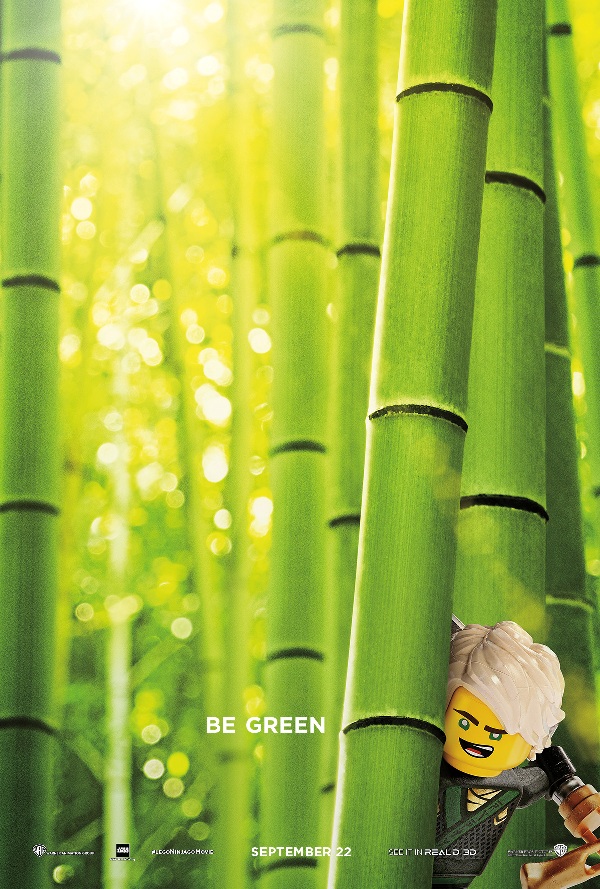 Find the Ninja Within Ya

The secret ninja crew is made up of teenagers who attend high school as a group of misfits, led by Lloyd. None of their peers know they are secret ninjas.

Lloyd is often made fun of by his peers for something he cannot change. He is the son of Lord Garmadon, the evil force trying to take over their city. Even when Lloyd rides the school bus no one wants to sit on the side of the bus he is on so they cram themselves to the opposite side. Lloyd is voiced by Dave Franco. 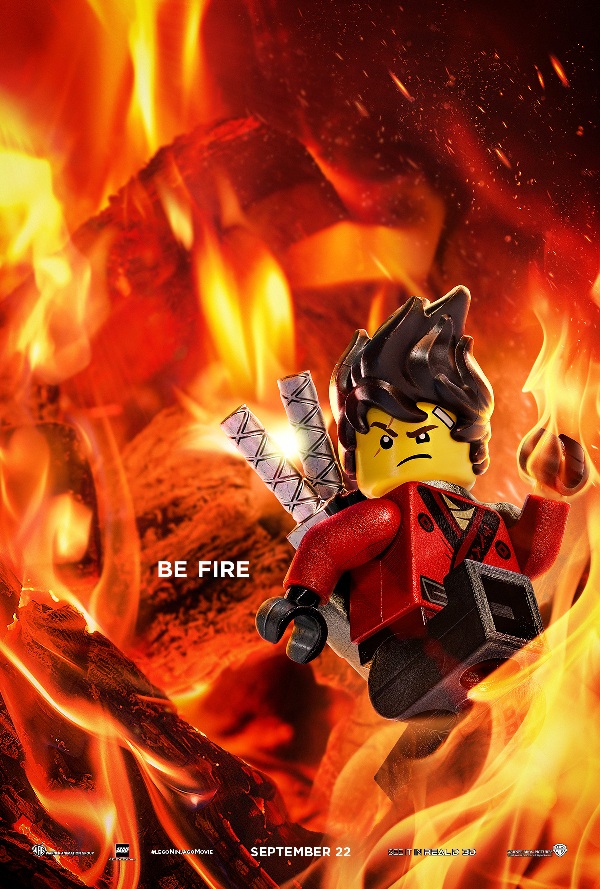 Together the six ninjas form the NINJAGO team to save their city from Garmadon. 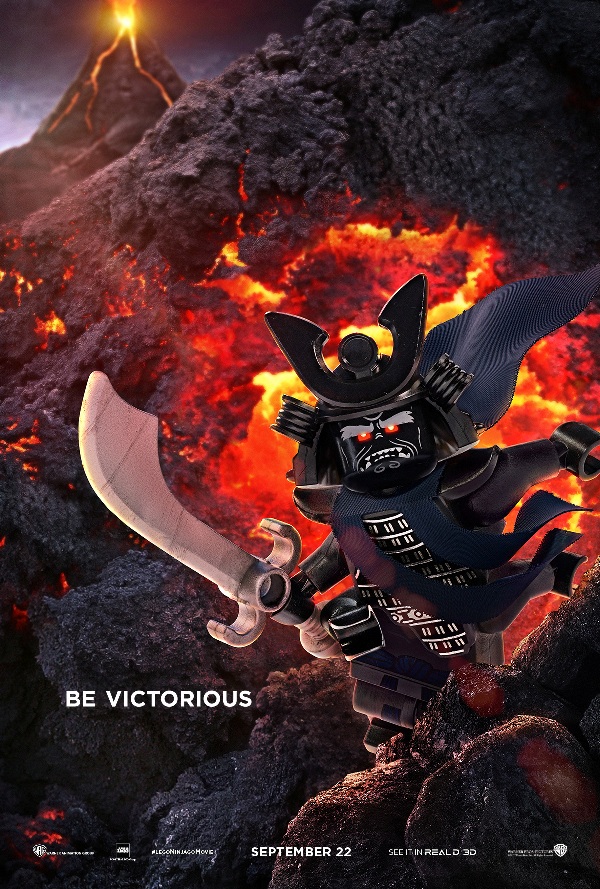 Lord Garmadon, voiced by Justin Theroux, wants to take over the city. All the residents fear him, except the ninjas. His ex-wife, Koko, is voiced by Olivia Munn. She has no idea taking her son away to protect him from his evil father ended up with him being a secret ninja known as The Green Ninja. 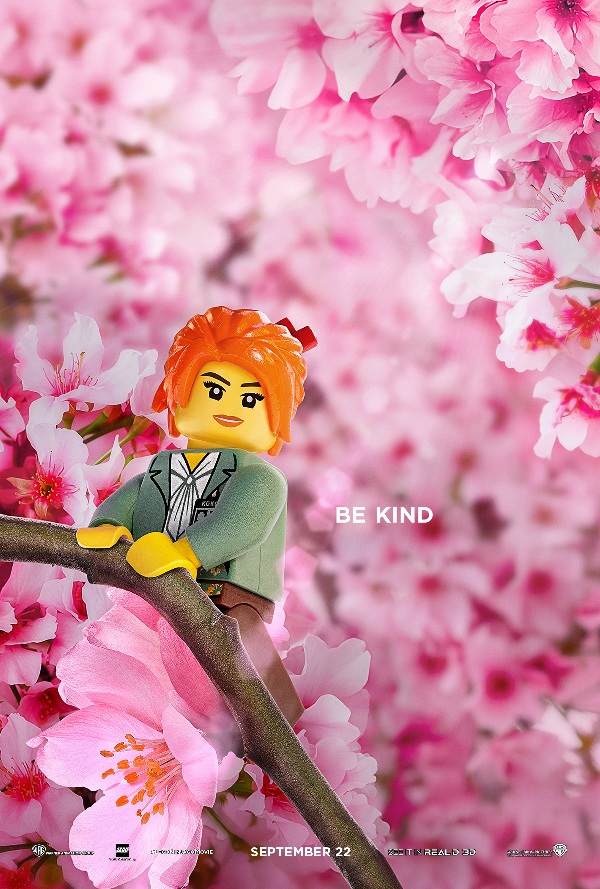 If your child is a NINJAGO fan they will notice that all of the voices are new in the movie and unlike the animated TV series.

The story takes us on a journey with Lloyd as the main character as he tries to discover the ninja within himself. Master Wu takes all of them along on the quest but has an unfortunate enounter with Garmadon. 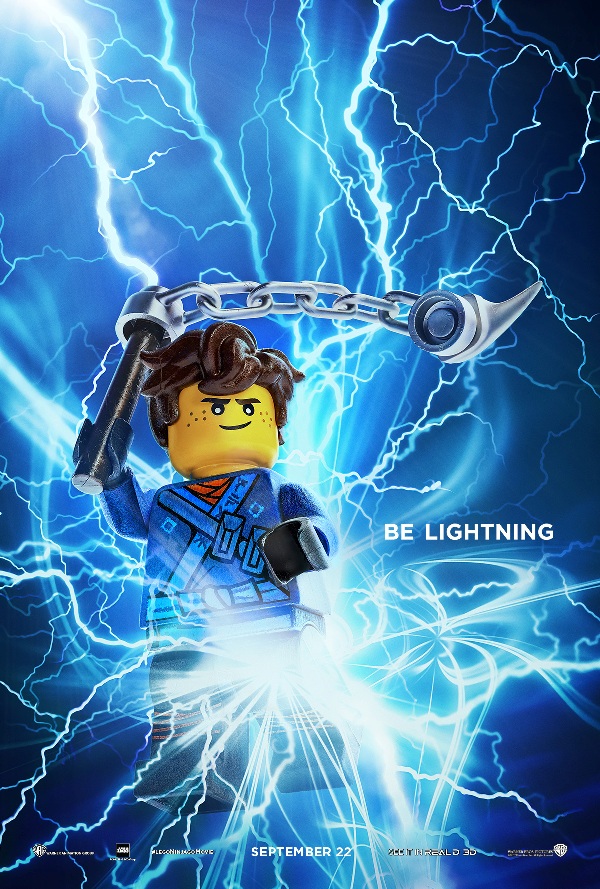 The story ends predictably but definitely has some hilarious moments along the way. Cat owners or those who like cat videos will enjoy the hilarious addition of a cat amidst LEGO bricks.

If you are looking for a fun movie to see with your children this weekend, definitely see this movie.

This movie will surely be a new addition to our home movie collection when it comes out on Blu-ray. 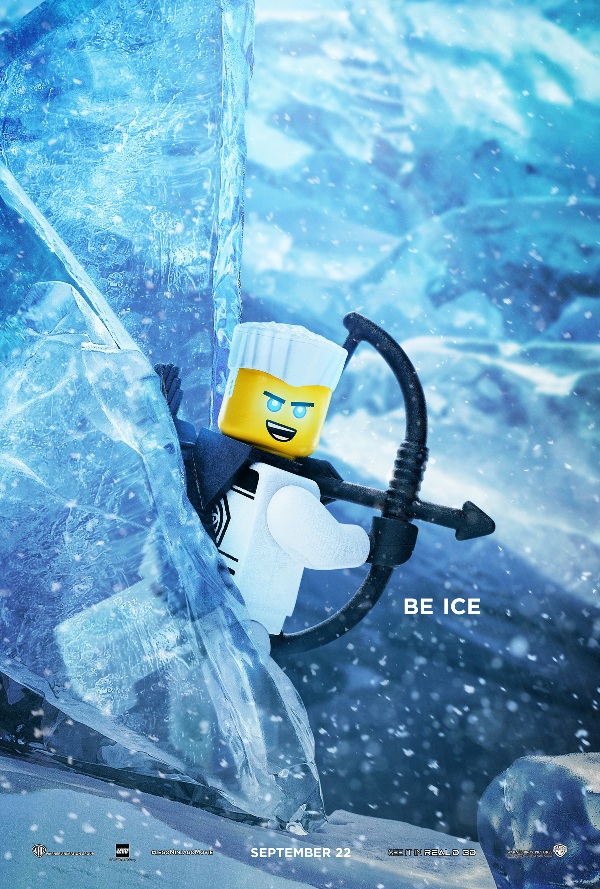 As with any LEGO movie there are scenes of action and humor both meant for children and the adults. This movie is on par with The LEGO Movie and The LEGO Batman movie. Most parents will not find anything objectionable for their children and will enjoy the movie. 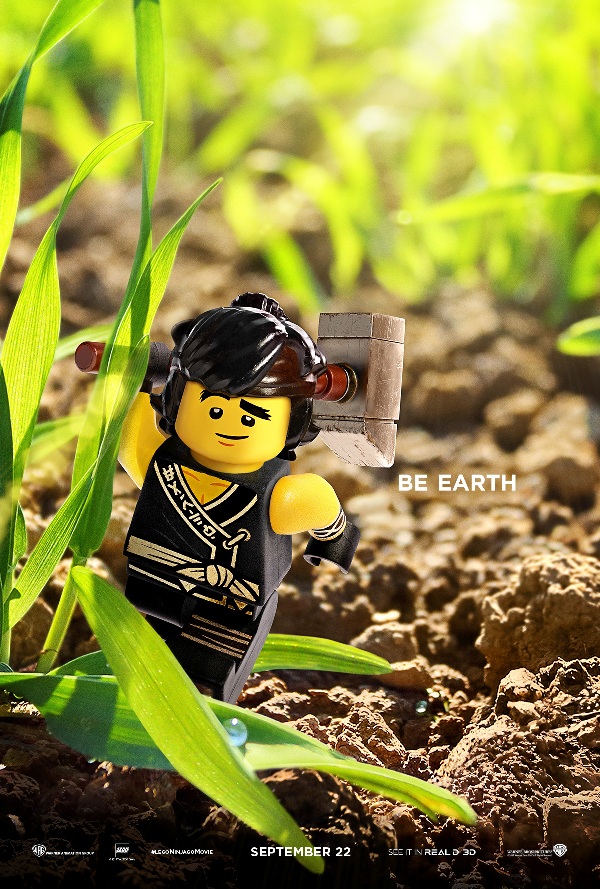 Be sure to stay through the credits. The first part of the credits have LEGO figures and is definitely fun to watch. After that there are outtakes from filming the movie. Beyond that the screen turns to LEGO base plates and there is nothing more to stay for, other than the music.

While the movie is shown in both 2D and 3D our media screening was in 2D so we cannot advise if the upgraded ticket price would be worth it.

The LEGO NINJAGO Movie is rated PG for some mild action and rude humor. 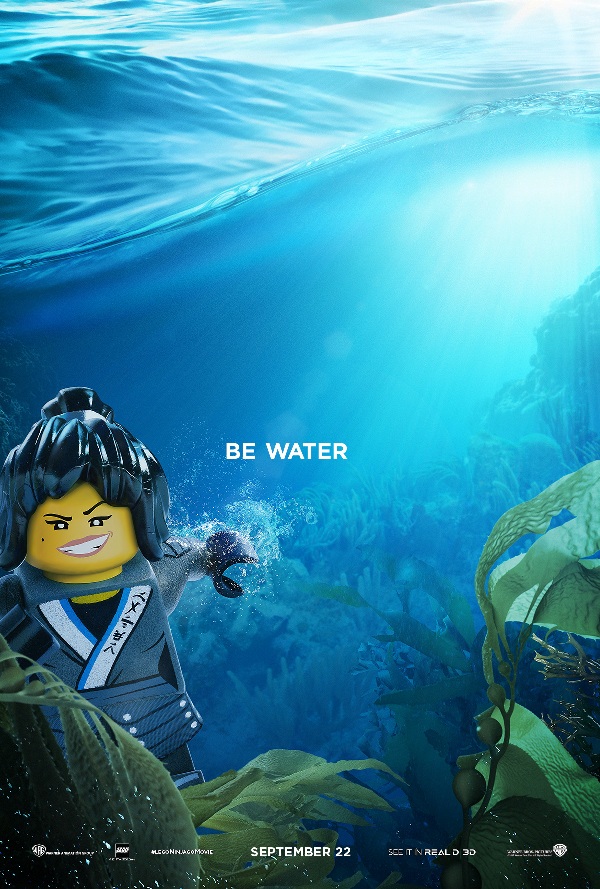 Video review by Plugged In Kids

Be sure to check out the video below for thoughts on the movie by our Teen Geek and Tween Geek.

In this big-screen NINJAGO adventure, the battle for NINJAGO City calls to action young Master Builder Lloyd, aka the Green Ninja, along with his friends, who are all secret ninja warriors. Led by Master Wu, as wise-cracking as he is wise, they must defeat evil warlord Garmadon, The Worst Guy Ever, who also happens to be Lloyd’s dad. Pitting mech against mech and father against son, the epic showdown will test this fierce but undisciplined team of modern-day ninjas who must learn to check their egos and pull together to unleash their inner power of Spinjitzu.

Thank you to LEGOLAND Discovery Center Arizona for inviting our family to the media preview. 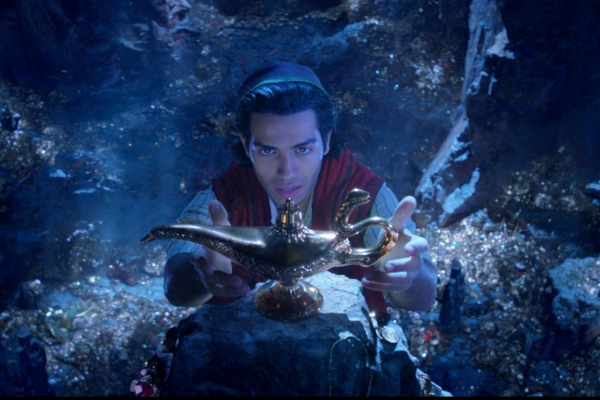