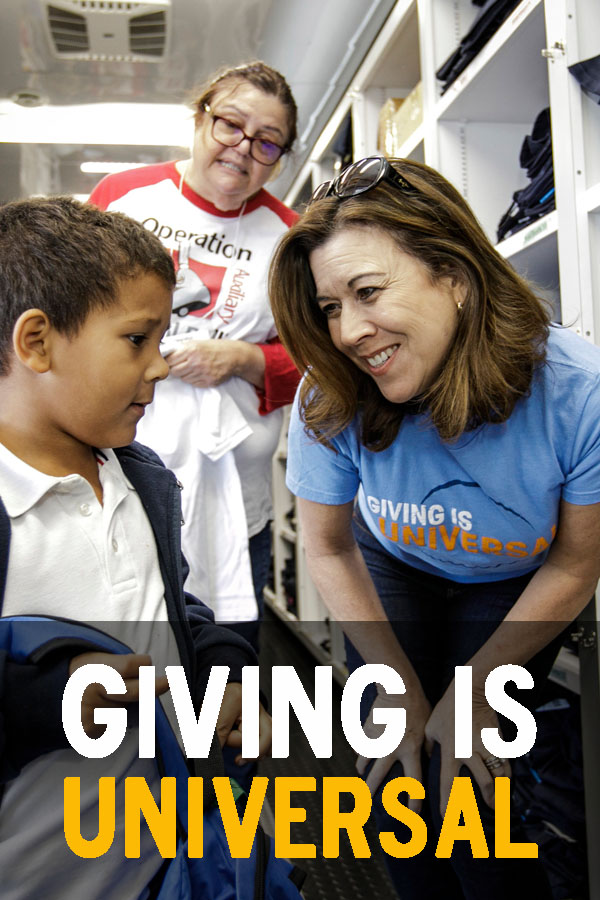 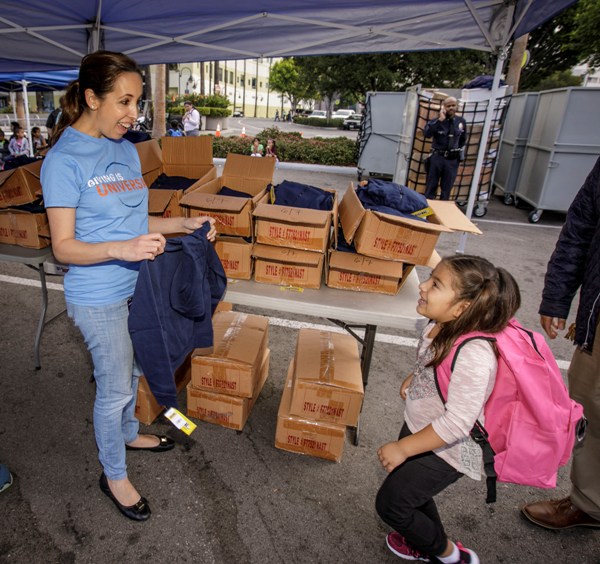 [quote]The inspirational “Day of Giving” event is a yearly Universal Studios Hollywood tradition designed to connect employees with diverse community organizations, many of which are beneficiaries of the Discover A Star Foundation whose mission is to empower individuals and families to lead more productive and fulfilling lives.[/quote]

These wonderful photos were provided by Universal Studios Hollywood and include photos from the activation with Operation School Bell on property and employee volunteers at Shane’s Inspiration in North Hollywood. 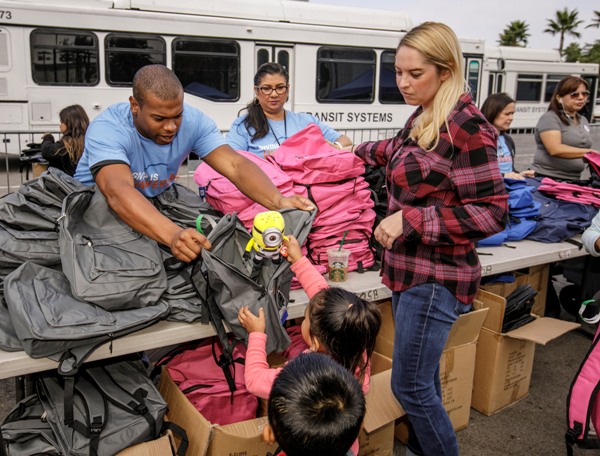 Among the six volunteer locations, Universal Studios Hollywood served as the home base by hosting Operation School Bell. The total number of homeless children numbered nearly 300. All of the children came from over 50 Los Angeles Unified School District elementary schools. 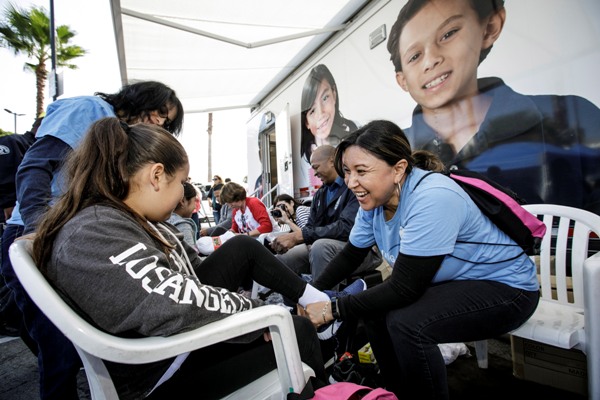 Children were given new clothing, new sneakers, and new school supplies which included a new backpack. After being given these new items they spent the afternoon having fun at Universal Studios Hollywood. They spend the afternoon visiting The Wizarding World of Harry Potter, experienced the Despicable Me Minion Mayhem ride and Super Silly Fun Land play zone, and were also given a behind-the-scenes look at how movies are made on the world-famous Studio Tour. 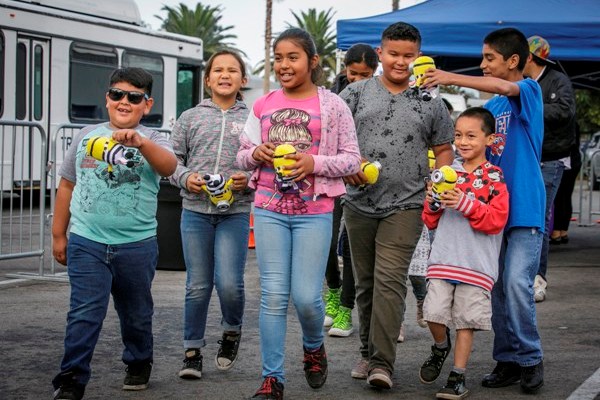 When you look at all of the pictures from the event, the one picture that says the most is the one with all of the children holding the minion stuffed animals. You can see the excitemenet in their eyes. What an amazing day this must have been for the children. 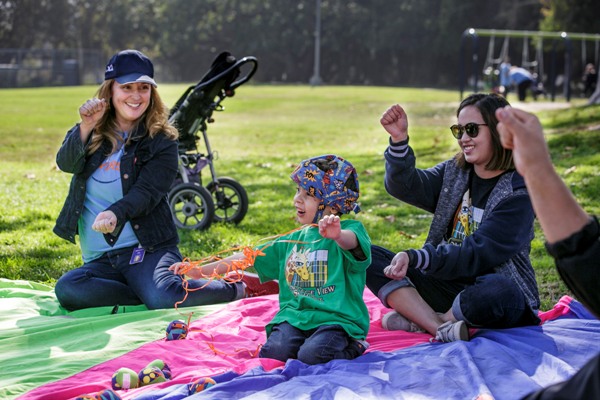 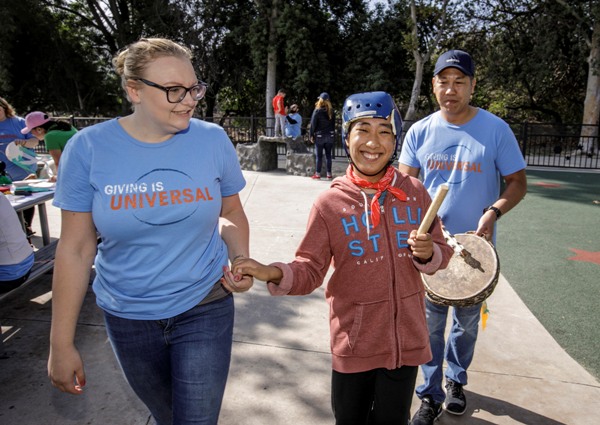 Here at Plugged In Family, our family spends countless hours volunteering to help make the lives of children and families better. Often times we are the only ones who get to see the joy and smiles from the children and their parents but that is why this event was so important to share with you, because you get to see the smiles from just this one day event.

We hope this helps inspire you to give back to others, especially during the holidays. You heart will happy and you will help so many others, just like Universal Studios Hollywood did with their heart-warming Day of Giving for greater Los Angeles.